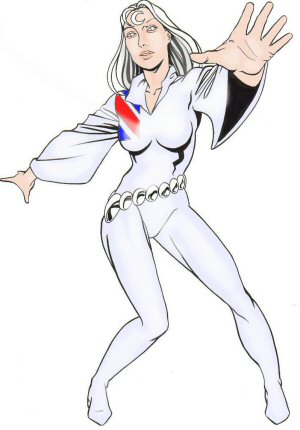 Born in a twisted future the daughter of Set, BritForce’s nemesis, she was sent back in time by a defeated, future, BritForce to change the past. Unfortunately there was a side effect and she lost her memory except for recognising the importance of BritForce. Possessing the power of teleportation, she joined them and with Stonehenge’s assistance, regain her memory just as Set attacked. To defeat him, she teleported them both into the sun. Now presumed deceased.