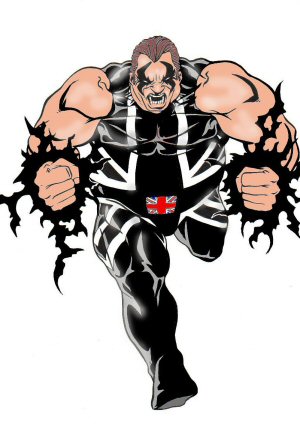 Lionheart became homeless at an early age and was taken in by the less respectable parts of society. He discovered he had gifts at puberty but it wasn’t until he was infected with the Dark Force that he began to reach his true potential. He has highly increased strength and virtual invulnerability. He followed a life of petty crime to survive but was plucked from this life by the authorities with the option of jail or BritForce, he chose the later