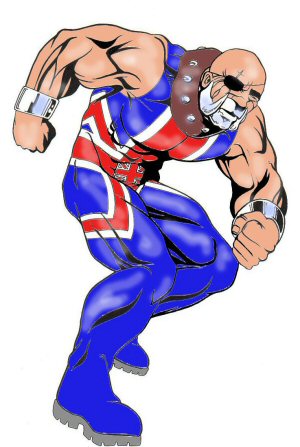 During WWII he was part of the Alliance’s soldier augmentation programme, he was imbued with enhanced speed, strength and balance and used it as part of a super cadre to fight the Nazis. During the war he was badly injured and captured. As an experiment a Nazi scientist grafted a metal jaw to his face, giving him his sonic bark in the process. He escaped but later “died” actually going into a restorative coma, a side effect of the augmentation. He revived but hadn’t aged and began a life of fighting crime. However this was relatively short lived and he died a couple more times before finally joining BritForce